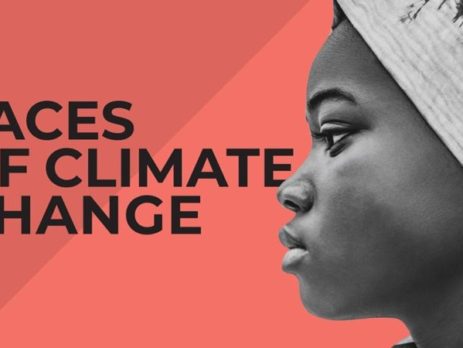 The Ukrainian Red Cross Society is partnering with the International Federation of the Red Cross and Red Crescent Societies in the global “Faces of Climate Change” campaign. Join us!

On the 16th of September, the International Federation of Red Cross and Red Crescent Societies (IFRC) launched a global campaign “Faces of Climate Change” that will continue until the beginning of December. The IFRC considers the climate crisis a dire humanitarian emergency. In its recent report “The Cost of Doing Nothing”, the IFRC estimated that by 2050 around 200 million people may annually need international humanitarian aid as a result of the combination of climate-related disasters and the socioeconomic impact of climate change.

The Ukrainian Red Cross Society (URCS) is now partnering with the IFRC in the Faces of Climate Change campaign and, through its activities, wants to inspire people all around Ukraine to think about the effects of climate change and take necessary action. Joining the campaign is simple and can be done in various ways. One can become a climate activist for example by taking part in the #ForClimate challenge on TikTok or share personal stories on climate change on other social media channels. Campaign participants are also encouraged to make small changes to their everyday lives, for example by cycling to work, recycling or limiting the use of single-use plastic. One way to join the campaign is also by contacting the URCS and becoming a volunteer. Recently, URCS volunteers have  participated in for example park cleanup events.

The actions that are taken today will affect tomorrow, and billions of small individual changes can and will make a global difference. The IFRC and URCS believe that together a more sustainable tomorrow can be created. To find out more about the campaign, check out the URCS social media channels.

In Vinnytsia, the Ukrainian Red Cross of implemented a project within the framework of the BraVo…

Since the beginning of the war, Dnipropetrovska oblast has become a refuge for more than 252,000…

Every day since the beginning of the war, employees and volunteers of the Druzhkiv city organization…

On a working visit, Iryna Vereshchuk visited the Dnipropetrovsk region and talked with representatives of the…