Red Cross marks 100-th anniversary: a century of serving the most vulnerable 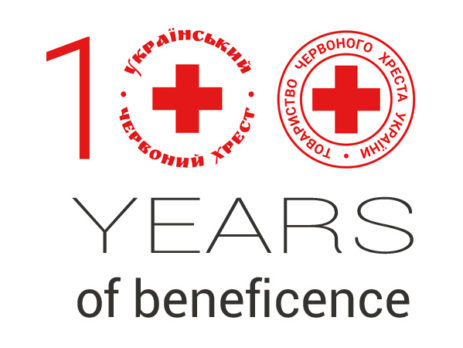 Red Cross marks 100-th anniversary: a century of serving the most vulnerable

Volunteers and communities will come together this week to celebrate 100 years of the Ukraine Red Cross and its life-saving work.

On 18 April, the Red Cross will mark a century of supporting people who need it most – from those wounded in World War I and casualties of the Chernobyl disaster to families affected by recent conflict in the country.

The Red Cross is rooted in seven fundamental principles: humanity, impartiality, neutrality, independence, voluntary service, unity, universality. The Ukraine Red Cross continues to uphold these pillars which is what makes it the most trusted and recognizable organization among domestic humanitarian and charity organizations, according to research CoreStone and GFK Ukraine. Last year also saw its humanitarian work recognized by the charity sector: the Ukraine Red Cross became a winner of the National Contest “Charitable Ukraine 2017”.

Since 1918, the Red Cross has worked to overcome the consequences of World War I in the 1920s and the famine in the 1930s, the training of medical units, nurses and instructors for the fronts of World War II, and worked in the aftermath of the Chernobyl tragedy in 1986. Since 2013, the it has been operating in a special mode due the conflict in the East of Ukraine: emergency response teams have been set up to assist victims of civil unrest; people forced to leave their homes by armed conflict, as well as other vulnerable people.

“URCS has been working very closely with the International Federation of Red Cross and Red Crescent Societies (IFRC) for many years assisting the affected people from the times of Chernobyl tragedy till the current armed conflict,” said Gorkhmaz Huseynov, Head of the IFRC Country Office in Ukraine.

“Today, it has many Red Cross Red Crescent partners in the country helping its development and working together to reach the society’s most vulnerable. Using this opportunity, the IFRC congratulates the Ukraine Red Cross on this milestone and pledges its continued support.”, he said.

Currently, more than 20 humanitarian projects are implemented annually with the financial support of partner National Societies, the IFRC and International Committee of the Red Cross. Modern humanitarian challenges and the process of decentralization in Ukraine requires the Ukraine Red Cross to strengthen its capacity and to ensure its sustainable development. It is pursuing a path of reforming and organizational development, strengthening the main areas of activity and providing services that meet today’s challenges, introducing modern technologies, developing human resources and volunteer management.

Preparing for and responding to emergencies, psycho-social support for victims of armed conflict, promoting healthy living and building a strong and transparent Red Cross fit for the future are long term goals for the organization.

The Ukraine Red Cross was born at a time when people needed protection, support, and compassion. For a hundred years, it has established that role and become known and trusted as a provider of humanitarian support in the most difficult times.