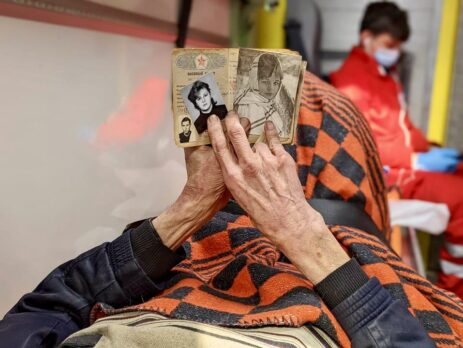 Volunteers of Ukrainian Red Cross often evacuate people from “hot spots” when some of them have only a few documents and photos. Most of those people lost almost everything at one point. But the most important and most valuable thing they have left is life. And life itself is saved every day by our volunteers of the Emergency response team of the National Committee of Ukrainian Red Cross.

You can see Oleksandr in the photo. He was evacuated by a team of volunteers of the Emergency response team from Sievierodonetsk. On the way to safety, he looks at photos of his wife and daughter. They are gone. They were taken away by the war.