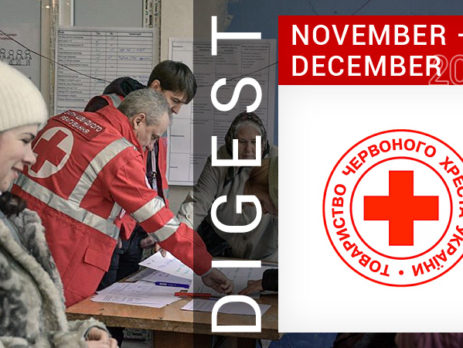 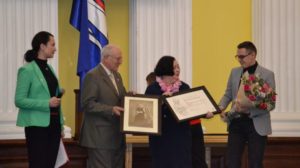 The Florence Nightingale Award is the highest international distinction that a nurse can achieve. It is awarded every two years for “exceptional courage and devotion to the wounded, sick or disabled or to civilian victims of a conflict or disaster” or “exemplary services or a creative and pioneering spirit in the areas of public health or nursing education”. On December 17th, two Ukrainian nurses were honored at a ceremony where they were awarded the prestigious Florence Nightingale Medals. Valentina Basova, Head of Dniprovska and Khortytska district branches, and Nataliia Yakovleva, Head of Stanytsia Luhanska district branch, have shown exceptional devotion in caring for victims of armed conflict and emergency situations in Ukraine. Before them, altogether 23 Ukrainian nurses have been honored with the Florence Nightingale Medal. 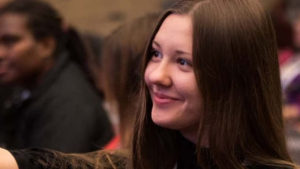 The General Assembly of the International Federation of Red Cross and Red Crescent Societies (IFRC), which held its 22 Session in Geneva from 5 to 7 December, decided to elect our volunteer Maryna Kozhedub as a member of the IFRC Global Youth Commission. We congratulate her you on the election, and thank her for commitment to the Movement. 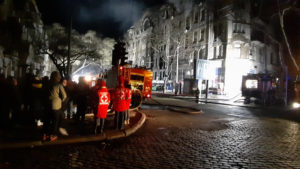 The Emergency Response Teams (ERTs) provide first aid in emergency situations and mass events across Ukraine. In the evening of October 31st, in the center of Kyiv, a fire broke out in a 6-story apartment building, resulting in the evacuation of about 40 residents. The ERT of National Committee provided first aid and blankets to evacuees and fire fighters were treated with hot tea. On December 4th, a large-scale fire occurred at the Odessa College of Economics, Law, Hotel and Restaurant Business. The National Emergency Service and volunteers from the local ERT were on duty from the first hours of the fire, providing first aid and psychosocial support to the victims. They also supported work of the heating point, organized food distribution, and provided warm clothing, footwear and other assistance to the victims and rescuers. In Kyiv, during the clashes of December 17th, the National Committee’s ERT provided first aid to 16 injured people, including protesters and police officers. 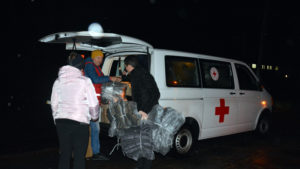 At the end of November, the National Commitee provided the checkpoint in Stanytsia Luhanska (Luhansk region), which is crossed by thousands of people every day, with three wheelchairs. Now URCS volunteers, who are on duty at the location, have the chance to help more mobility impaired people since crossing can be made easily and faster. In December, altogether 160 IDPs (including 54 children), who temporarily reside at a recreation camp, were suddenly left without heating and electricity. From the emergency store, they were supplied with an electric generator, a heat pot and 160 blankets. According to the beneficiaries, these were the things that they needed the most. 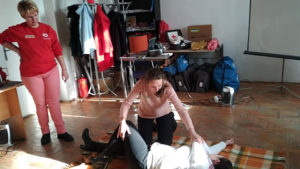 Thanks to the National Society’s instructors, more and more people are developing first aid skills. During winter holidays, when traditionally the number of accidents involving children increases, volunteers organized educational activities for students. For example, on November 25th, the Ternopil regional branch held a master class for first-graders in one of the city’s schools. First aid students also learned to provide first aid to Girske (Luhansk region). In Kryvyi Rih (Dnipropetrovsk region), a similar master class was held by high school students. The Zakarpattia regional branch is training new candidates to become first aid instructors who, after certification, will be able to conduct trainings independently. 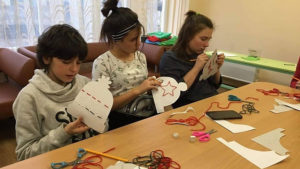 Psychosocial support events for vulnerable people are on-going. Thanks to the Luhansk regional branch, clubs of active aging have appeared in the villages of Spivakivka and Troyhizbenka. In Donetsk region, old women were taught to use computers. In Kharkiv, young patients with tuberculosis made New Year’s hats out of paper. In Vinnytsia, kids mastered the technique of polymer clay molding. Nikolaev and Zaporozhye regional branches arranged a merry St. Nicholas Day for children. 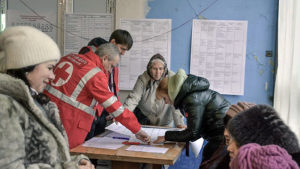 The URCS continues to implement the project “Reducing Disaster Risk Vulnerability in Eastern Ukraine” funded by the European Commission’s Department for Civil Protection and Humanitarian Aid Operations (DG ECHO). In December, 19 residents of Novoluhansk village in Donetsk region participated in a community emergency preparedness session, which included sessions on hazard, vulnerability, capacity assessment, and of the village, also was conducted the session on mapping and risk analysis by using risk matrix. And the final session after making all the analysis was and drawing up a community-based emergency response plan. The development of two different variants of community emergency response plan, which included evacuation plans and early warning system. In Luhansk region, residents of Zolote-2 took part in a training on first aid and psychosocial first aid. They developed essential first aid skills and first psychological aid skills and applied their knowledge in a role-playing game under the supervision of qualified instructors. 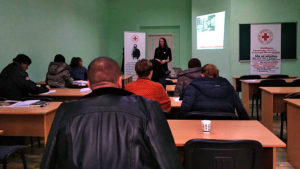 On December 11th, Kherson Academy of Continuing Education hosted an International Humanitarian Law (IHL) lecture for teachers of history and law of the region. The participants learned about the history and structure of the International Red Cross and Red Crescent Movement and the basics of IHL. Teachers have received IHL study materials to help them disseminate knowledge on IHL to students. Kherson regional branch plans to continue cooperation with the Kherson Academy of Continuing Education because the dissemination of IHL is essential during the armed conflict in the country. 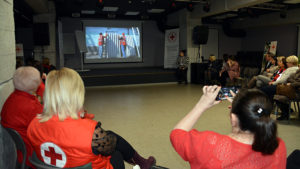 From December 9th until 10th in Vinnytsia, the Forum for the Development of URCS Organizations was held. Volunteers and employees of regional branches took part in it. Over two days, they exchanged experiences and developed further skills needed for the development of local cooperation. During the forum, representatives of the branches covered the following topics: rules of effective project presentation, involvement of volunteers in establishing cooperation, successful practices of assisting local authorities, cooperation with integrated territorial communities, and planning of cooperation development activities for 2020. This was the second such forum in 2019 in which the Red Cross branches participated. They are confidently moving towards building a stronger National Society that works through its local branches and provides assistance to people in need on a daily basis.