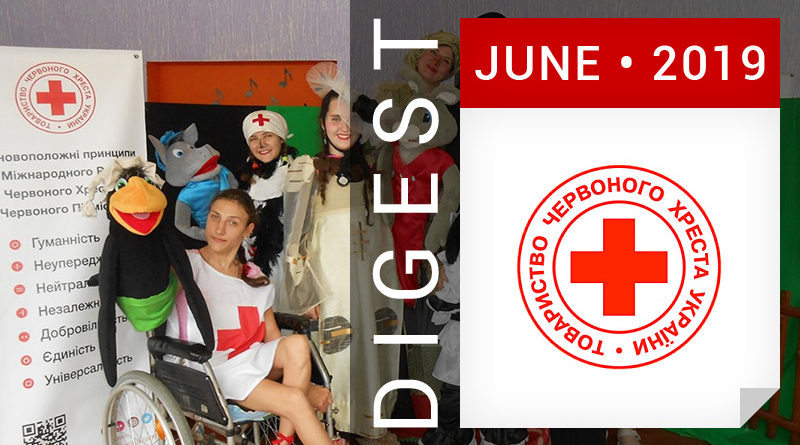 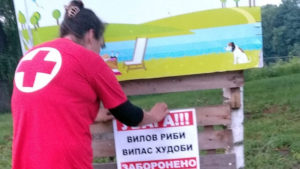 On June 9, due to chemical spillage in the tributary of the Ros River in Vinnytsia, the operation of the water supply networks in Bila Tserkva (Kyiv region) and Uman (Cherkasy region) was suspended. The Bila Tserkva emergency response team of the URCS helped the State Emergency Service of Ukraine to set prohibitive signs along the river to inform the public about the danger of bathing, fishing and livestock grazing near the reservoir. The Vinnytsia emergency response team was alerted. The commander of the division maintained contact with the State Emergency Service of Ukraine to provide prompt assistance in case of need. 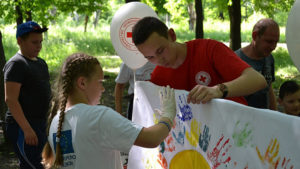 On June 1, the International Children’s Day is celebrated all over the world. This year, as usual, the local branches of the URCS were involved in the celebration in various regions. In particular, youth volunteers from Lysychansk and Severodonetsk cities organized volunteers in Lugansk for games, quizzes and first-aid skills. In Marinets, (Donetsk region), the Festival of Childhood was held. Children visited numerous creative workshops. Kyiv volunteers and the young patients of the Okhmatdit hospital planted some fresh vegetables, berries and herbs in the “Ogorodik” (small garden) on the territory of the clinic to mark the holiday. 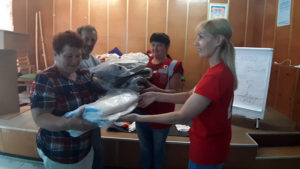 Local URCS branches continue to provide support to vulnerable groups of the population. In the Donetsk region, the residents of Marinka, who were affected by a fire the broke out, received donations of clothes, food and hygiene products. In the Lugansk region, 3 sets of bed linen were issued to patronage families. In Dnipropetrovsk, hygiene kits from the German Red Cross were delivered to a correction facility where mothers and children were kept. The Ternopil regional branch distributed kits to elderly people. In Vyshgorod (Kyiv region), pupils of a specialized school received colouring books and sweets. People living below the poverty line in Kherson continue to eat in the free Red Cross dining room. More than 10 tons of humanitarian aid from Germany were delivered to the Ternopil regional branch. 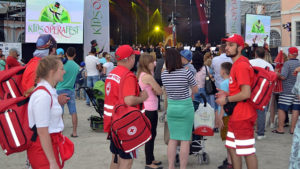 The emergency response teams (ERTs) of URCS, working in rotation, regularly provide first aid at mass events throughout the country. The ERT of Vinnytsia region, working in shifts, volunteered at the international open-air opera festival in Tulchin, which had roughly 70 thousand attendees. The Volnovakha divison of the Donetsk regional branch was on duty at a street concert which drew a crowd of about 10 thousand people. The ERT of the National Committee of the URCS provided first aid to the participants of the KyivPride Equality March which had about 8 thousand participants. Volunteers in the Lviv region participated in the search for a missing woman. 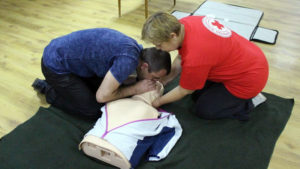 Thanks to the First Aid instructors of the URCS, more people are learning first aid skills. First aid skills are an important asset, particulary for professionals in occupations that involve constant contact with people. In Mariupol (Donetsk region), the staff of an inclusive-resource centre that specializes in working with people with disabilities completed a first aid course. In Kryvy Rih (Dnipropetrovsk region), vital skills were mastered by future camp workers for the Jewish community. In Kyiv, the capital, a refresher’s first-aid course was taught by the workers of the “Kyiv Rescue Service”. 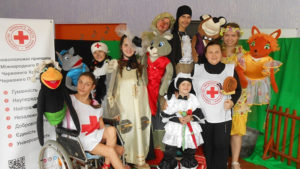 Activities are ongoing on psychosocial support for vulnerable groups of the population. In particular, a tour of popular tourist places in neighbouring areas was organized for the elderly of Ternopil. In Marinets (Donetsk region), a computer literacy training course was conducted for senior citizens. The Zaporizhzhya regional branch has opened its doors for English language courses. In Kyiv, volunteers introduced the young patients at the Okhmatdit hospital to virtual reality. In Vinnytsia, at a preschool camp, children played a game of life skills development. In Donetsk, volunteers performed puppet shows for the citizens of Avdeyivka and Pokrovsky. Puppet shows form an important part of the social life of the towns not far from the demarcation line with the eastern territories. 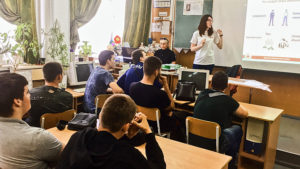 On June 6, a lecture on International Humanitarian Law (IHL) was held at the Kherson Professional Maritime Lyceum. Students learned about the International Movement of the Red Cross and the Red Crescent, the concept of IHL and the symbols of the Movement. A similar event took place in Kharkiv, on June 18 for cadets and officers of the National University of Civil Defense of the State Emergency Service of Ukraine. The dissemination of knowledge on IHL is a guarantee of its compliance during the armed conflict, and it promotes the establishment of the ideals of goodness, mercy and humanity. 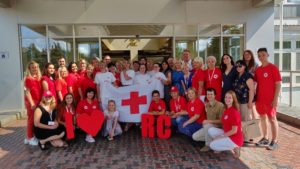 From June 19-20, a Forum for the Development of Organizations was held in Kharkiv in which 14 regional URCS branch offices from 8 regions took part. During the forum, the participants shared their experiences and received new knowledge and skills for the development of organizations, in particular, writing projects, organizing schools of social activity and active membership of the URCS. An analysis of the annual plans created in the Branch Organizational Capacity Assessment (BOCA) was reviewed during the forum. The forum has become a successful component of organizational development for the regional organizations that have passed the BOCA. They are confidently moving towards building a strong national community based on local organizations that provide assistance to the needy on a daily basis. 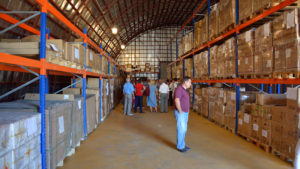 Many regional and district organizations of the URCS have logistic centres that function as a store for emergency supplies. The largest centre is located in the village of Martusivka near Kyiv. The centre houses are essentials for those in need, with almost 4,000 blankets, 1,000 hygiene sets, over 3,000 sets of bed linen, 400 care mats etc. It also stores equipment for the operation of the emergency response teams (first aid kits, vehicles, personal protective equipment, etc.) and has the capacity to hold 350-400 people for a temporary stay. Thanks to the support of partners, the German Society for International Cooperation (GIZ), in 2018 and 2019, the logistics centre experienced a major upgrade. The premises of large hangars were repaired and reorganized. An administrative building for logistics specialists and a separate storage room for special purpose goods (such as medicines) were built on the territory. This project also received support from the Luxembourg Red Cross. The updated logistics centre allows materials to be distributed immediately after assessing the needs of the victims and ensures their delivery to the place of emergency. The URCS with the help of its partners now has increased readiness to respond to possible humanitarian challenges in the country. 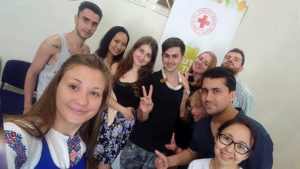 From June 7-9, a working meeting of youth leaders of the Eurasian subregion of the European Youth Red Cross and Red Crescent Youth Network took place in Kyiv. Representatives from six national societies (Ukraine, Belarus, Kyrgyzstan, Kazakhstan, Tajikistan and Georgia) analyzed the work of the subregion, identified the vector of development of the youth movement in each national community and created a strategic plan for the subregion for the next 3 years. In addition, on June 22, two representatives of the youth movement of the URCS participated in the torchlight event for the 160th anniversary of the Battle of Solferino (Italy), which involved about 10,000 volunteers and Red Cross and Red Crescent workers from all over the world.