Four people have been injured in clashes between riot police and demonstrators demanding major reforms in Ukraine’s capital Kiev.

The protesters are calling for an anti-corruption court to be set up, MPs to lose their immunity from prosecution, and changes to the electoral system.

They vowed to stay on, putting up tents and blocking the main road outside the parliament building in central Kiev.

One of the opposition leaders called for President Petro Poroshenko to quit.

“It is time for them to hear us,” Mikheil Saakashvili, a former Georgian president and one-time regional governor in Ukraine, told the crowd of several thousand protesters.

Mr Saakashvili is now a stateless person, after his Ukrainian citizenship was removed by his former ally Mr Poroshenko.

Mr Saakashvili is accused by his opponents of trying to further stir up political tensions in Ukraine, which is fighting pro-Russian separatists in the east.

He denies the accusations.

President Poroshenko on Tuesday appeared to respond to the demands of the protesters by introducing in parliament a bill to strip lawmakers of their immunity.

Another demand – for changes to the current electoral system – will also be discussed by MPs later this week, reports say.

The demonstration outside the parliament was organised by opposition parties and non-governmental organisations.

Three protesters and one police officer were injured during the clashes.

Last year, one leading index measuring perceptions of corruption rated Ukraine close to the bottom quarter of nations around the world. 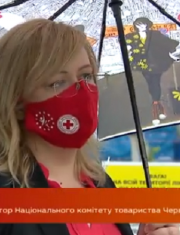 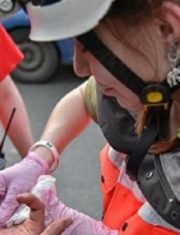 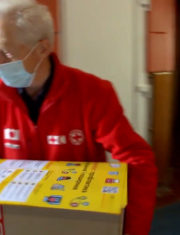